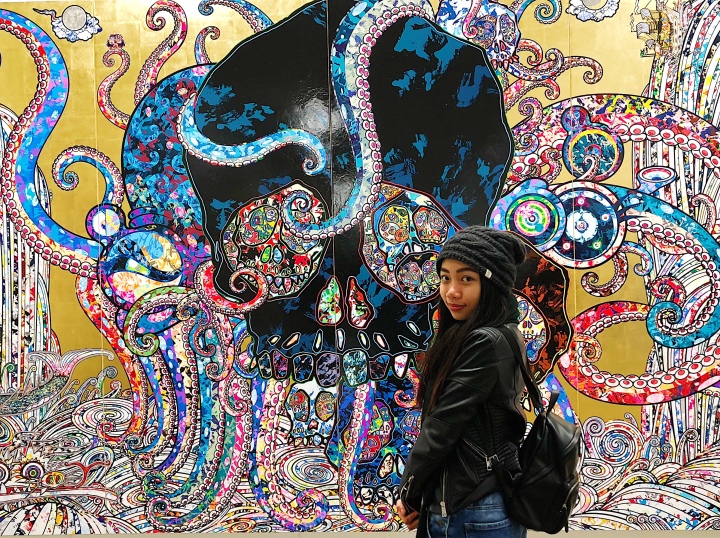 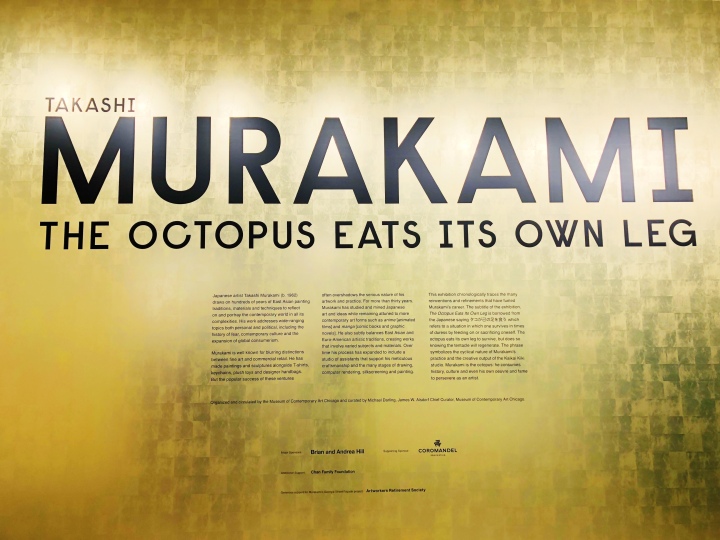 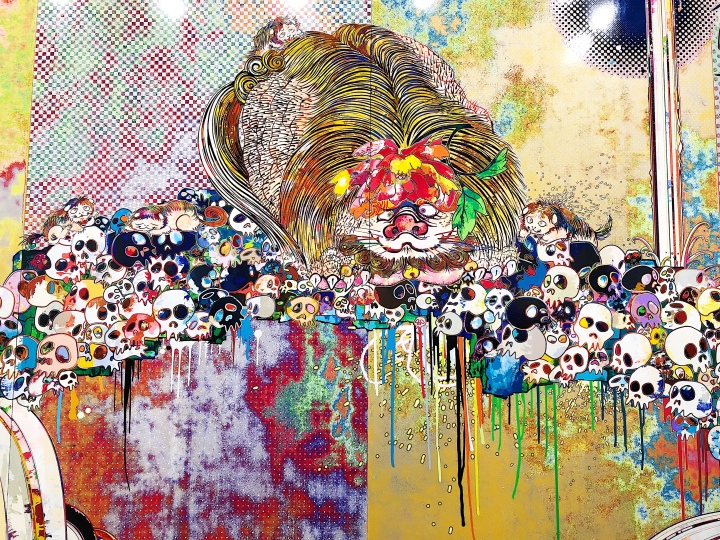 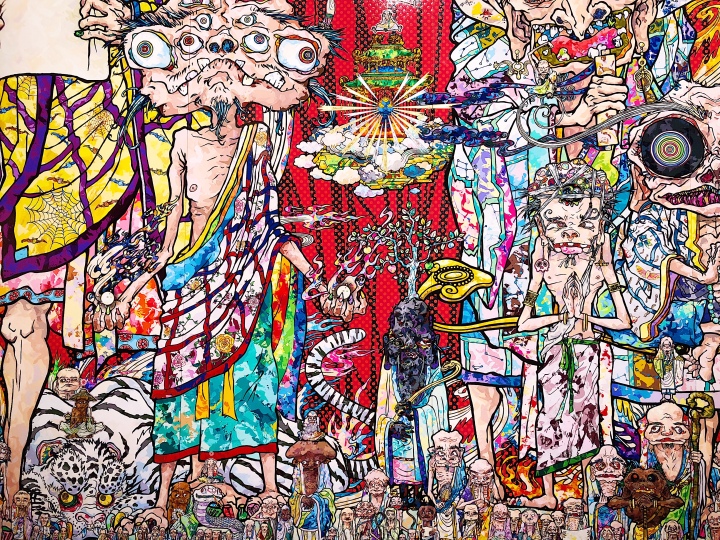 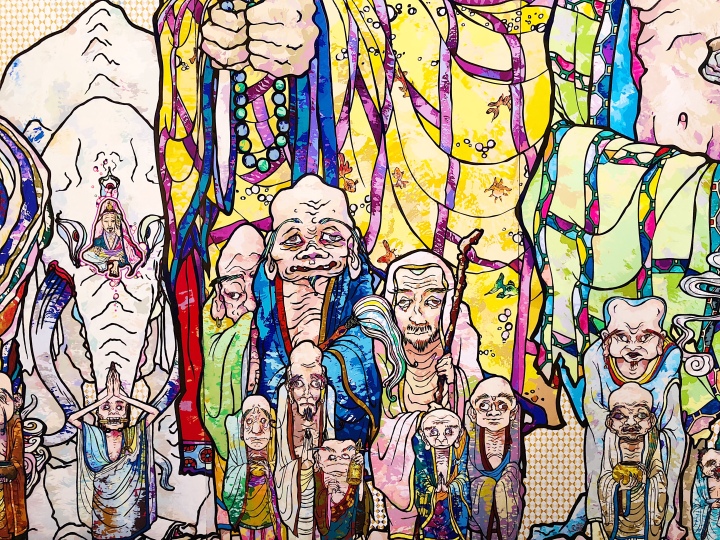 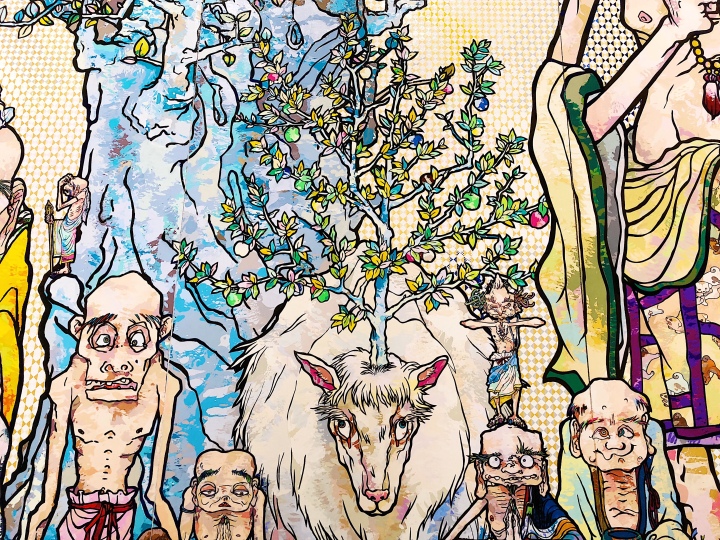 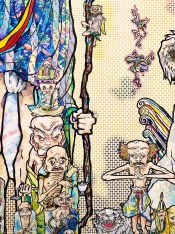 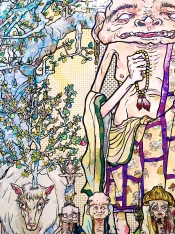 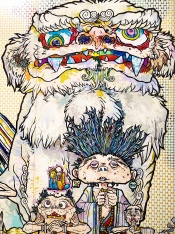 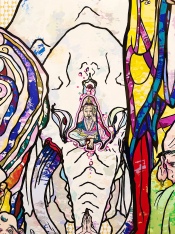 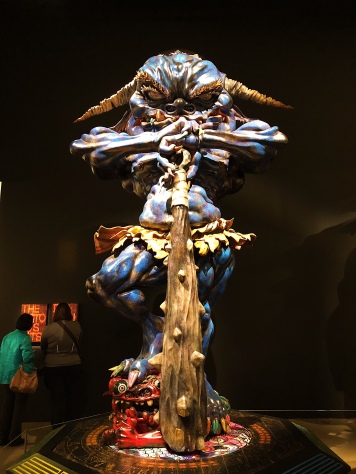 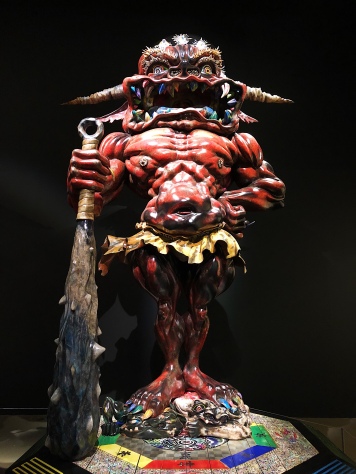 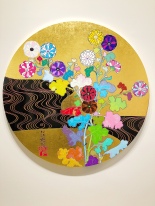 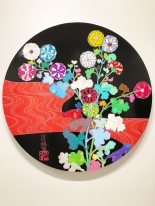 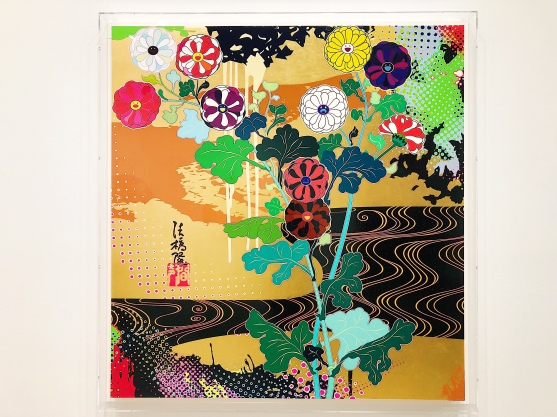 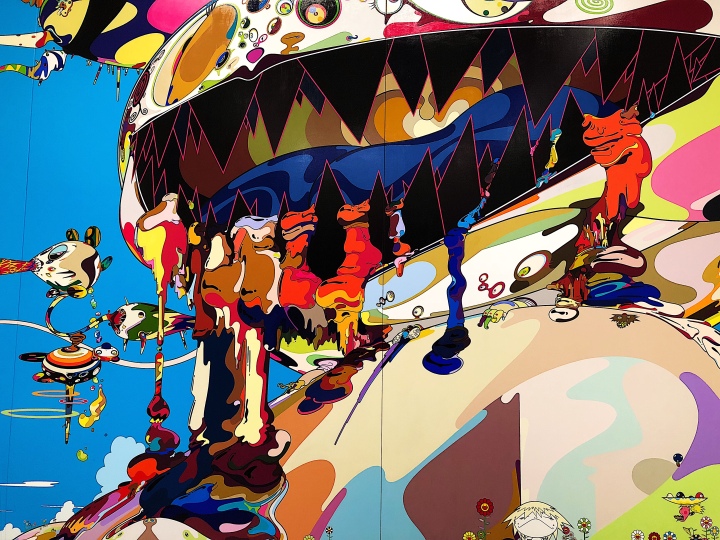 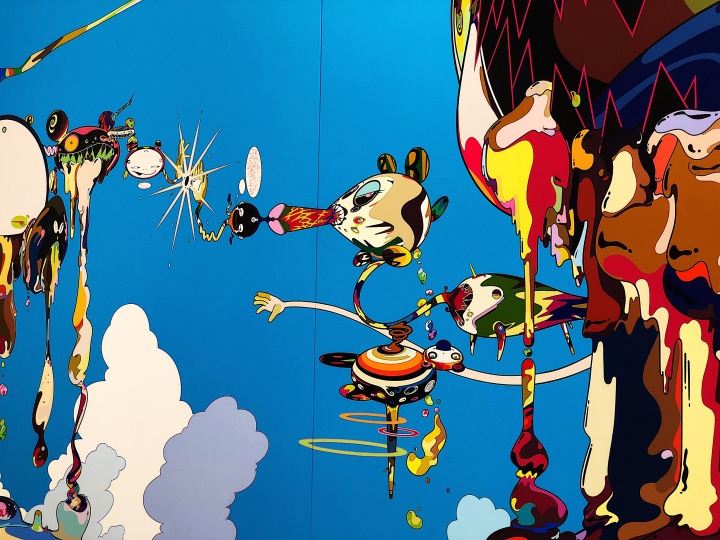 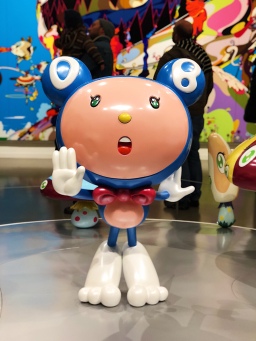 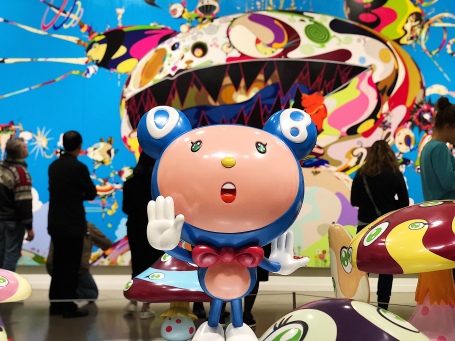 TAKASHI MURAKAMI ‘The Octopus Eats Its Own Legs‘

It all starts with Murakami’s sketches. These hand drawn sketches are scanned into the computer, using modern software, lines are defined and altered. These digital copies are printed for review and could undergo further refinement under Murakami’s supervision. Once the improved sketches are satisfactorily to the master’s taste, they are then printed on paper. These individual copies are arranged to create the composition. They are transferred using silkscreen technique to canvas and some of the remaining elements (could be smaller sketches) are hand painted.

The Creatures On The Canvas 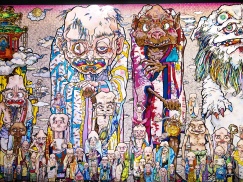 The ‘Arhats’ are regarded as enlightened disciples of Buddha that have attained nirvana. They are the dominant subjects of the exhibition and they are spectacular! In just one glance you can tell how much effort has been put to create such composition. Hours, days, months, nobody knows how long it took except for the people woking at Kaikai Kiki (Takashi Murakami’s art production company). 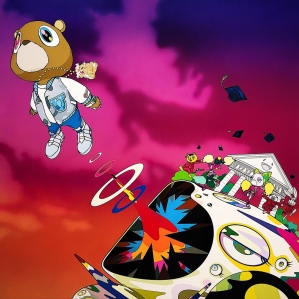 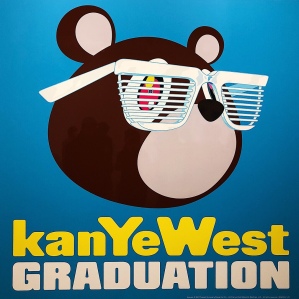 Back in 2007, Takashi Murakami collaborated with Kanye West for his album ‘GRADUATION.’ Since then, the character dubbed as the Kanye Bear  became popular. 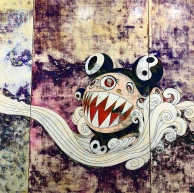 Last but not the least is Mr. Dob. One of his first signature creations, that already has undergone a lot of transformations in Murakami’s canvas.  Despite changes in appearance, Mr. Dob is recognizable with his round head, two ears (with letter ‘D’ on the left and ‘B’ on the right), sharp teeth and hypnotic eyes – alot of them usually. He was created as the artist’s alter ego.

I have been to the Vancouver Art Gallery a couple of times, but this is the first time I have seen it this packed, with a long line up to get in, and a full house. It was definitely worth the line up and the entrance fee even though it was the only exhibit open, the other exhibits on the other floors where closed (‘coming soon’). Located on the 2nd floor, you can easily spend a lot of time looking at one corner and get lost gazing into the wall full of unusual elements and characters. Everywhere you look, there’s explosion of colors and shapes that morph into a bigger picture. Walking around, I could not get enough, I had to look at them again and again, and every time I do, I see new characters!

The Octopus Eats Its Own Legs will be at Vancouver Art Gallery until May 6, 2018. 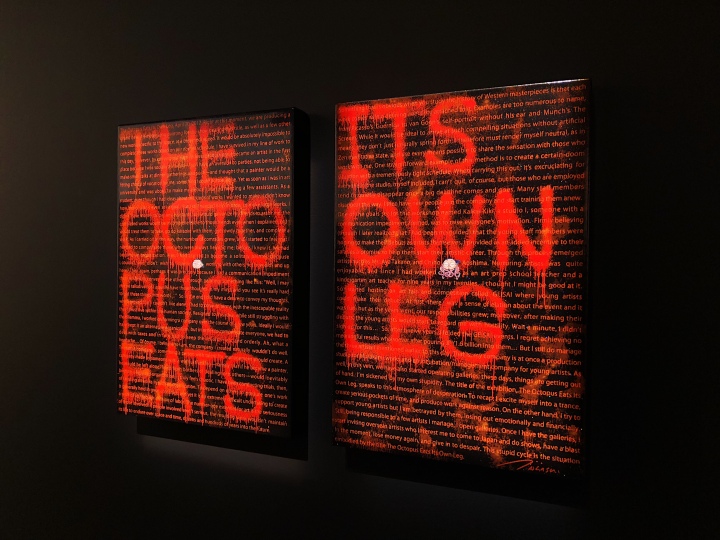 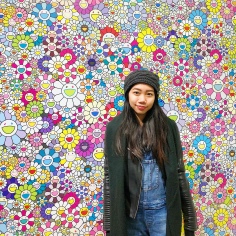 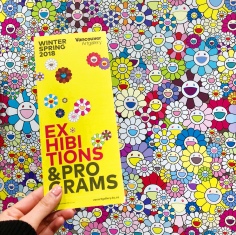 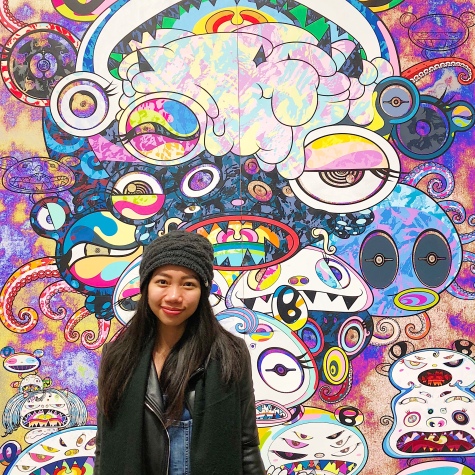 Margaux is a Vancouver based blogger. She is passionate about fashion and aims to fill her life with experiences, friendship, love and appreciation for good things.

Bag Design Short Course At The London College Of Fashion